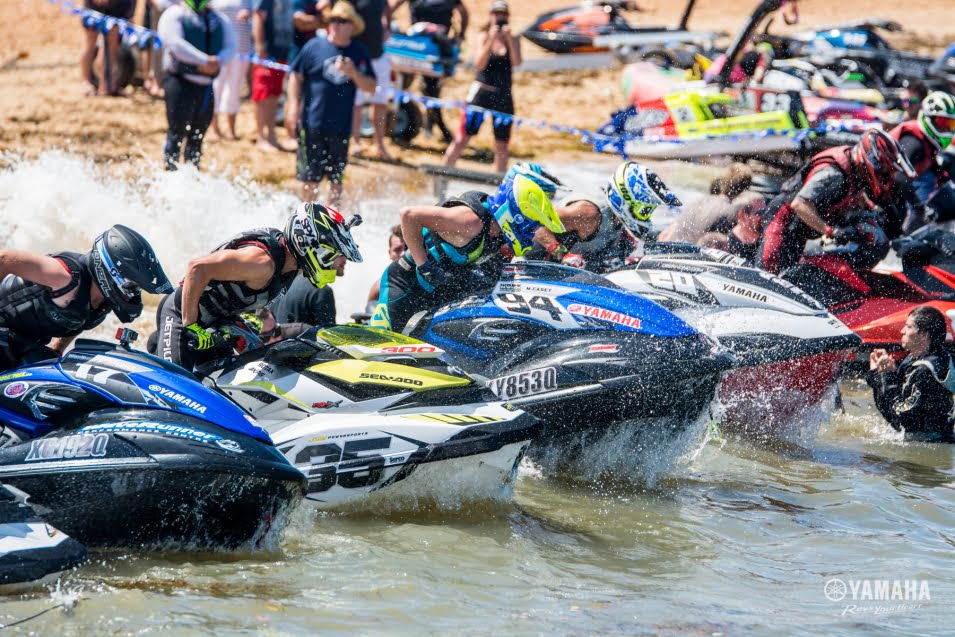 Following his blazen performance at Round 3 of the NSW PWC Aqua X, Mitch Wayt was eager to start the 2016 QPWC (Queensland Personal Watercraft Club) Series on a high-note with his Stock-Class FZR, and his “developmental-stage” Open-Class FZS SVHO tuned by Worx Racing.

On March 13 2016, Mitch Wayt #16, raced in Round 1 of the QPWC Summer Series against some of Australia’s best riders.
It was a strong showing, with over 50 entrants congregating at Redcliffe, Queensland for the first round.

Mitch raced his Stock-Class 2016 FZR SVHO in Stock Runabout in Moto 1, until debri in the pump forced him straight after the first moto. Luckily he was able to ride a team mate’s 2015 FZS SVHO in stock-class Moto 2 and Moto 3 to finish the day on the podium, on the borrowed ski.

Mitch also rode his “still-in-development” Open-Class 2015 FZS SVHO in the Open-Class Runabout Closed-Circuit. Unfortunately badluck plagued the champion on that WaveRunner too, forcing him to retire with a mechanical issue after Moto 2.

Despite the run of bad luck on the 13th of March, Mitch was able to fight hard to finish in 2nd overall in Stock-Class; on a borrowed FZS SVHO.

Yamaha would like to congratulate Mitch Wayt #16 on his impressive racing at the QPWC Rnd 1. An impressive feat condisdering that he was racing a borrowed FZS SVHO during most of the day.

Yamaha would also like to thank Mitch Casey #94 for generously loaning Mitch Wayt #16 his FZS SVHO to finish Moto 2 and Moto 3.